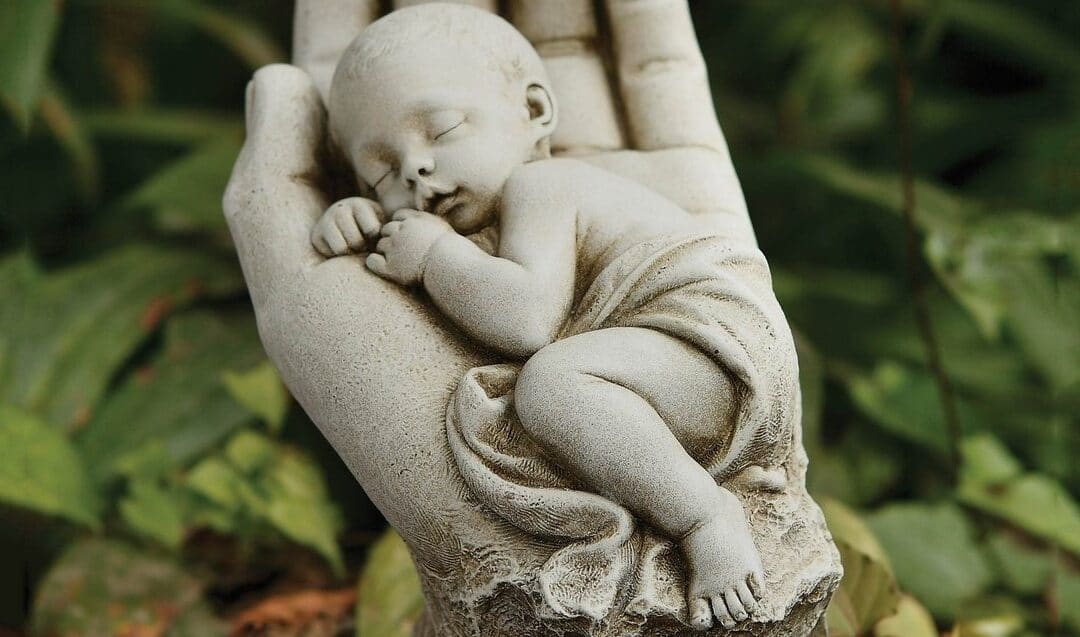 Do you not know that you are the temple of GOD, and that the spirit of God dwells in you? 1Corinthians 3:16 … for the temple of God which you are, is Holy.
Because of this, we treat each baby with reverence and respect as though we are burying our Lord Jesus Christ. Jesus said, “Whatever you do to the least of these little ones you do to me.”
If the mother of famine is worthlessness, in direct contrast, we who live in the land of abundance, declare the all human life is worthy.

It was an honor and a privilege for CBIB who gave a respectful burial for 24 abandoned babies. There were no families there for the burial of these children.
We were their family!

Does a mother neglect the baby in her womb?  The flesh of her flesh.
Unfortunately, this is the times we live in.

It is a harsh reality that babies are left behind unclaimed at hospitals with no one to bury them.
I don’t know the reason why these little guys were abandoned.

Did the baby’s parents not have the funds for burial? How sad and how often we see this. I don’t know the story of these little children. But God knows the story behind every tear and suffering of poor parents.
On the other hand there are those families who don’t care and we have seen this too. Since many of these babies were miscarried, did their parents not consider them as people?  Since 16 of these babies were not named does that mean they were unwanted?

We don’t know the answer to this and it is not up to us to judge. The point is, we have 24 babies who need to be buried and that is what we did.
On another note:

The last time we had a funeral at Metairie Lake Lawn, a baby’s life was saved.
In 2007, Don Boudreaux, owner of Boudreaux’s Jewelry Store, generously allowed us to use his plot for the burial of 4 babies. All were also abandoned and needed burial. One was found in the sewer and 2 were flushed down the toilet and found by a plumber. The twins were were full term and weighed 3 lbs. each. The mother of the twins was never found. These 4 babies were not named and abandoned. We named each one, because every human being deserves a name. We also gave them the last name of Boudreaux and so we called them the babies of “The Boudreaux Family.”

August 28, 2019, we will bury 24 abandoned babies together with the 4 babies from 2007. They will all become the babies of “The Boudreaux Family”. CBIB is very grateful to Don Boudreaux’s generousity.
In 2007, Bill Capo, with WWL Channel 4 news, did a beautiful story about the babies. He also made a plea for The Safe Haven Law which is a part of our Mission Statement. There was a young woman who saw this report on TV and pulled up at an Arby’s Restaurant parking lot in Elwood. She rolled down her window to speak to two paramedics parked there for lunch. She was crying and said, “I just delivered a baby.” She Looked down at the newborn baby on the front seat of her car. She said. “I heard of of something called a Safe Haven Law. Can you take my baby?” The paramedics radioed in this information and hurriedly said, ” Yes, we can take your baby”.

So there is a 12 year old alive today because of that funeral we had in 2007.

Who will be the voice of those without a voice?
We took all those little souls that were left behind, and we gave them a proper burial. It’s the only decent thing to do. All these sweet little babies, we celebrated their short life, we named them, we clothed them in dignity, we made the time and place for them, and we acknowledged to the world of their short existence and their humanity.
No one is too small. In God’s eyes, no one is insignificant.

It only makes sense, that in this world, we provided for these little ones who no one wanted. We declare that there is no person who is umimportant and that every life matters and needs to be recognized. So to all the orphans, misfits, unplanned, outcasts, discarded, to all those unwanted, forgotten, and unloved, we proclaim, that there is a merciful loving Father who wants them. He is the “father to all the fatherless”.
God our Father says, “I will never leave you or forsake you. I carved you in the palm of my hand. You are chosen, you are mine! You are welcome to come into the family of God.”
CBIB believes that all human Life is precious and sacred and deserves a respectful burial!

A Quote from Dr. Hevron,
“CBIB provides a valuable service to the Community
and I will be an advocate for them.”